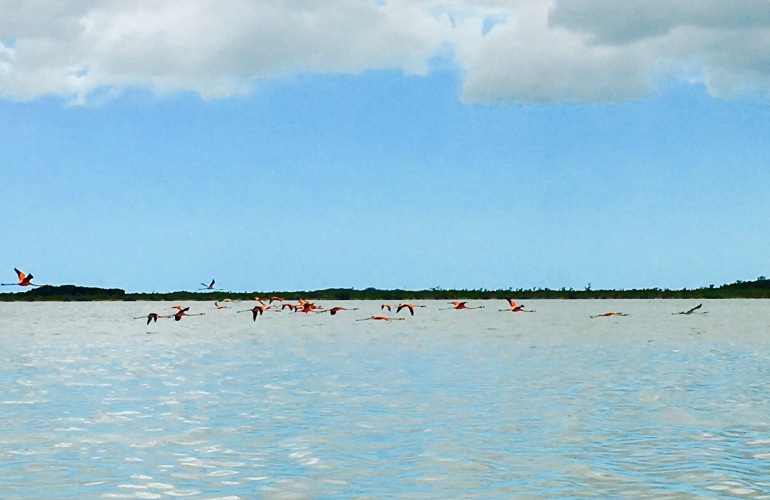 I craved blue most of all. I don’t know why I got to craving blue. I saw at Whole Foods that blue is the color of the throat chakra, and that energy center is in your throat and it’s related to speech and communication, so I tried to talk more and I had this dating app and communicated with lots of boys, but it didn’t change anything, I don’t think.

I sought blue everywhere, on the covers of books and in videos of surfers and in the fluorescent linings of Patagonia backpacks. It was a specific blue I needed. I thought it might be found in a turquoise deposit deep in a cave lit by one shaft of golden-hour sunlight, or in a vein of a petal of a genetically engineered tropical flower in a mad scientist’s lab, or maybe at the Seattle Art Museum on Free First Thursday, behind a hoard of gray-clad 20-somethings on budget-friendly first dates.

When I couldn’t find the correct shade (I’d know it when I see it), I mixed all my blue acrylic paints together and covered a canvas and that got close to what I needed but I wasn’t fully satisfied until I spent 80 cents on a spool of cerulean embroidery thread at Michael’s. And then I was okay.

Next, I craved pink. It needed to be fuchsia, but not fuchsia like the snow boots I had as a nine-year-old (I remember being disappointed at the color when I opened the box the first time since it was darker and more purple than I’d wanted). It needed to be a pink with utmost integrity, the brightest, truest pink. It needed to be too bright, something you’d have to talk yourself every time.

Some flowers came close to satisfying the craving. And I smiled at a stalk of rainbow chard. I went to Trove in Ballard and their pink section of dresses came close too, but the hues were too dark, or too pastel, or too Barbie-pink, which is a wilted kind of pink, the kind of pink that’s been around for decades behind a swing set in the sun and has lost its potency.

The color cravings were hard to tolerate and satisfy. My eyes were hungry, and disappointed when prayer flags were faded or clothes weren’t as vibrant when they arrived in the mail.

But the pink craving was met a week ago.

Dad and I flew to Fort Lauderdale, spent a night, then bounced off Nassau and landed on Andros, the largest and least densely populated of all the islands in the Bahamas, where there is not a single souvenir you can buy, and white people don’t travel unless they are anglers.

Dad and I got in a boat and Prescott drove it over the world’s largest sand flats under the blue sky for a hundred miles one day—we were the center of an orb of that kind of blue—and we turned east into an inlet, a creek, he called it, but it looked like photos of the Amazon. Prescott shouted to me over the wind and the motor that I would see flamingos.

“They’re white in the wild, right?” I shouted back.

Prescott thought I was dumb.

“But aren’t they less pink? When they don’t eat zoo food?”

Soon Prescott shouted, “I see pink!” It was maybe two miles away, a tiny pinprick on the horizon, on a distant line of mangroves.

“Maybe that’s another boat!” I dared not hope.

“There’s no one else out here!” Prescott said.

“Remember Chelsea,” Dad said again—he had already said this a lot before the pinprick of pink—“we are so out there, this is where they filmed Naked and Afraid.”

I agreed and believed the dot was flamingos, even though I didn’t believe a bird could be visible from that far away.

We drew close and the dots multiplied. In the water, which was not a meter deep, we saw prints, going on and on and on in straight lines. How do they walk so far, Dad wanted to know.

“Birds don’t fly as much as you’d think,” I explained. “Like how when you think you’re about to run over one on the road, they just walk out of the way usually. Birds only fly at the last second.” I didn’t know what I was talking about.

I also don’t know where turquoise comes from.

The pink dots were flamingos. Brighter than the flamingos gaudily frescoed on the walls of resort restaurants, or Pinkie the Beanie Baby. Other than flowers, I couldn’t think of a time I’d seen that color in nature. My eyes widened hungrily. I was going to eat the flamingos.

Our boat sent them running on the water’s surface, the way I often do myself in dreams but not awake, and they ran so fast they started flying, and each wing had a stripe of jet black, and they flew away from us. Prescott turned the boat on its side and we chased after them (I don’t want to hurt you! I just want to play with you!) and they flew faster than our boat going 50 miles an hour.

And I had never been so far from other humans. This was where they filmed Naked and Afraid!

And they were just so pink in that world of blue sky and sea, and white sand and green mangroves and silver fish. My polarized sunglasses helped me see their full pinkness, I thought. When I looked at the photos I’d taken later I put on all the filters and adjusted saturation and turned the brilliance up all the way, screwing up the backgrounds trying to get that pink back to what I’d seen for real.

“You were way up in there if you saw so many,” marveled Prescott’s sister Stacy when we were back at the lodge, drinking chilly Chardonnay and watching her do something to a hog snapper. “And when you see those flamingos take off, doesn’t it just make you want to cry.”

Hello, it’s me, Chelsea, the iconic Instagram sensation you admire and strive to emulate. Since publishing my own book, I’ve been branching out into freelance editing, writing, and writing coaching! @chelsea_the_writer is my new editing/writing/reading account—follow me there to learn more my services, the awesome people I’ve worked with so far, and the books I’m reading.
Happy birthday, Kate! There’s no one I’d rather take ballet classes, buy scratch tickets, pet dogs, throw up in Dublin, see Don Giovanni with marionettes, text, drink cocktails, be lost in Fife, get flu shots, or eat entire oranges with. I love you!
@swineandsteel threw a sandwich at me
Look at my pretty mom!!! Love you Mama!
Look, I’m not one for smug car selfies, but today I took a ferry to the Kitsap Peninsula and got my covid shot (I was a very brave girl) at a random Walgreens and bought makeup for the first time in a year. Here’s to being a step closer to wearing lipstick in public again!
Happy 30th to Kristal!! I recommend that everyone have a 20-year friendship with someone who is down for doing tire swing stunts at recess, producing and starring in a full-length spoof of the film version of Dr. Zhivago, eating whole loaves of cheesy bread before voice lessons, watching the entire series Boys Over Flowers, and getting through all crappy and happy life milestones together.
Three days dicking around in Florence and I only just discovered that this is where they blew up that sperm whale in 1970. Link in bio. (Not to one of my David Sedaris wannabe blogs, but to the actual explosion footage.)
The Alvord Desert! (Possibly the most remote place I’ve ever been?) There were wild horses, hot springs, snowy mountains, a vast, thrice-rain-shadowed playa, and generally a lot of views that made my tummy feel funny. It took rerouting an entire vacation, five years on the bucket list, three days of driving to get to the middle-of-nowhere town closest to it—which is still 2.5 hours away—precautionary tire chains, a long audiobook, and a cooler of food, and it was all worth it! If you’re ever in the area (doubtful), be sure to swing by.
%d bloggers like this: