It is seven o’clock on Sunday night and I have been on the couch since two o’clock with a mild case of writer’s block. Which is annoying because I’m writing a book.

I say “mild” because it’s not that I can’t write. It’s just that I can’t write anything that’s not crap. I was trying to write a blog but that was crap. Then I was trying to edit the Mozambique chapter of my book, which I thought was the best chapter, but that actually turned out to be crap too! Then I tried to write in my journal about how I could only write crap, and that’s what this is, and if it’s not crap and you love it, it’s because I edited it four days later.

Now my eyes are bugged out and exhausted from looking at the screen and I crave gluten but there isn’t any in David and Ashley’s apartment.

I want to be a writer who writes good stuff, but I already wrote good stuff when I was in Spain and stuff, so how can I ever write stuff as good as that stuff? If only I were traveling, I’d write good stuff instead of boring stuff. But if I were a better writer or if I just tried hard enough, I’d be able to find a way to make even the boring stuff into good stuff, so that shows I’m not being as creative with my current circumstances as I could be, because all I’ve got to show for it is this stuff here…

I’m still on the couch thinking this lame stuff when Ashley gets back from Whole Foods and gives me an organic grapefruit and a glass of rosé. She puts chicken and tomatoes and olives in a pan. This reminds me that the world is bigger than the couch. There’s a kitchen out there.

I feel like I haven’t earned dinner but I shut the laptop anyway and cut brussels sprouts and kale and put harissa on them and also capers till the pan is heavy, and then I put it in the oven and enjoy the harissa and rosé.

I’m so sleepy. I’m typing this with the display all the way down and my eyes closed and my head to the side and the lights off. Whatever I thought I might say, I’m not saying. I forgot.

And last week Jo asked me how the book was going and I vomited a paragraph in reply, waxing luscious, spastic poetic about my love for it in a way I hadn’t in any previous epics I’d mentally formulated in response to that delicious question, how is the book going. Usually, I can’t get enough of the book. I never tire of contemplating it. Each time I think about it, I think something new.

But apathy is a symptom of writer’s block. It does not delete the doubts (that it’ll be a good book, that there will be enough money to publish it, that anyone other than me will like it, that it will ever have a title). It dulls their urgency so that I stop caring whether it’ll be good or not. That’s the worst feeling: losing the feeling.

To combat the apathy and work myself back into the normal pleasant frenzy, I have dressed myself in low-grade artificial panic and tried to fill my spare moments with writing and also making a blog (not this one I’m writing now, though: this is just the flotsam and jetsam that naturally occurs whenever I’ve had too much screen time: this is shaping up to be something that I’ll edit later and pass off as a blog [since I haven’t had any other good ideas] to get people to click on stuff I say and pay attention to me and hopefully not think I’m too navel-gazey).

I’m one week behind on the book, on my arbitrary, self-dictated editing schedule. So I’ve been trying to work extra hard to catch up and do better. As if 27 years of being a Lutheran who knows the folly of working my way to heaven has taught me nothing.

Well, I have worked and it hasn’t worked. Now I just feel like I can’t catch my breath. I’m bored with the book and have no way to improve it. So I’m going to do what I should have done, what I know to do and usually do but have not: take a break. Look at something other than that freaking screen with its devilish blue light. It’s hard to not be on your device too much when you are writing a book but you’ve gotta find a way to look at things far away. You got to.

I had a three-hour chunk of free time. I have conditioned myself to view such blocks as book time, but for the sake of the book, I went to REI and looked at hiking boots. I touched all the latest quick-drying, insulating fabrics and read all the multilingual tags on the coat sleeves. Then I drove to Queen Anne and put my seat back and listened to a podcast for a half hour with the windows down in the sun while I waited for my ward to get out of kindergarten. He and I went home and played too many games on his tablet (kids these days!) and chased each other around, playing Roadrunner and Coyote. I went to yoga and got sweaty. I ate a big salad. Google Docs lay fallow.

And now I am in bed. I have gone to bed early, and I have just watched the rest of a TED Talk that Seth from Adventures sent me a while ago. It was a TED Talk by David Whyte, and it was about reality, and it was laced with poetry and vignettes of the Camino and it made me feel stuff and remember the days I knew I was doing a great thing but didn’t feel excited or powerful in the moment.

He said many great things that made me pause the video to think, but the thing that made me tear up was this: 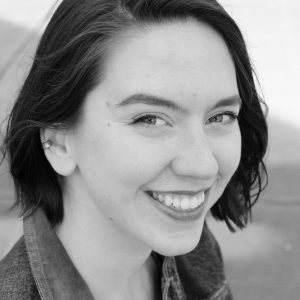